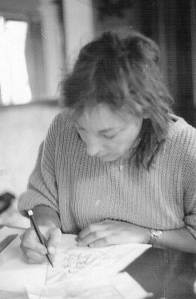 We said earlier that: ‘Jac’s accident was a pivotal point in their relationship’. She had sustained this serious injury whilst visiting Jim Perrin at his house in Llanrhaeadr ym Mochnant and she stayed there then while trying to recover from her agony: she was, essentially — to protect her ribs — sedated to the point of immobility. Ref. West, page 193. ‘The brandy treatment proved acceptable, a bottle a day and Guinness at night’. Plus the added effect of the painkiller combination! (In his own words later — to us and to others: ‘I had to keep her PISSED [!] on brandy and painkillers — he didn’t write that in his book! Our sister was, as it were, entirely confined in Jim Perrin’s house, and she was entirely under his supervision.  She would frequently take the opportunity to telephone us when he was out, but then say — as soon as she heard him returning — ‘I must ring off; I must go now’.

She was as comfortable, in these circumstances, as she could be: log fires and candlelit suppers, and brandy and painkillers; hopefully her damaged ribs would soon begin to heal — although she had not been seen by her doctor…

However it was on her left side, where this damage occurred, that her cancer subsequently developed.  We cannot say that it was ’cause and effect’ but there are many in the medical profession who are of the opinion that cancer can be triggered by a tremendous blow such as Jac received when she fell so awkwardly.  She was not in the least ill before.

We must make it clear that we are not implying that her cancer was anything to do with Jim Perrin: Jac fell over, and no amount of ‘after-care’ could take away from that dreadful impact — it is just that we have so often wondered — what if? — what if she had not fallen, as she did that night? We do certainly blame him for not accessing medical opinion, as by his own account, in West, her injuries were very serious indeed.

During her nearly three week stay at his house, Jac’s children had a major sort-out at their home and re-decorated, ready for her return; and Jim Perrin — after selling his house — moved there later in the year, in September.  When she returned to her own home she carried on with her life — as he later was to describe it, (in a letter to her in unusual terms, considering it was her family and close friends to whom he was referring) —  ‘… and you began to re-engage with your former acquaintances[!] and with your family, things began to go wrong.’

After that period of ‘convalescence’ when they had been virtually alone together and Jim Perrin was in complete control, things were to change, radically, between them. 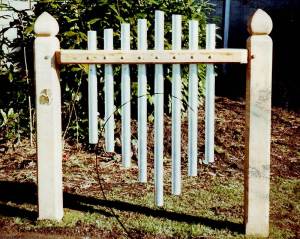