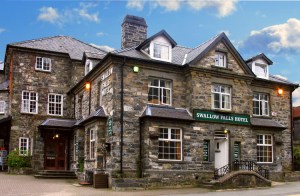 When our sister was given her diagnosis of cancer she chose not to tell her partner, Jim Perrin. On coming home from the hospital she withheld the news in order to protect him — deciding instead, despite her own new terror, to give him no worry; no extra cause for grief or concern.

Jac knew how hard it was for him — how anguished he was, following the recent and unexpected death of his son. And with the book — which he later described in a letter to her as ‘This book which has been an albatross for years’ — nearing completion*, she did everything she could to give him the peace and tranquility he required for his work.

Despite all her efforts though, unfortunately they were never sufficient: he, in his newly bereaved distress, would not ‘let go’ and continued as before to compare unfavourably (with his usual criticism and accusation) the actions and behaviour of her sons with those of his own — the son now lost to him.

How could one imagine Jim Perrin’s sense of devastation — his own son no longer there? Not ‘lost’ through illness or by accident — but in the last despairing act of his own hand; whilst our sister’s sons, for whom he felt no affinity and whom he disliked to the point of detestation, were alive and very much in evidence with their youth and natural vitality. (‘Detestation’ is not a facile exaggeration. Later, Jim Perrin went on to assault Jac’s younger son in a physical attack — an incident which was reported to, and logged by, the police.)

His resentment against them grew: it became carved in high relief. At first his ire was for the eldest son; gradually the focus changed to the younger. Nothing whatever that Jac could say or do would mollify him.

Later, he blamed her for the ‘fact’ — he said in one letter, Jim Perrin applies more pressure — that her sons had prevented him from being able to relate properly with his own son and to his daughter when they came to visit him. It was a nonsensical thing to say and sad that it was his interpretation as Jac’s children very much liked them and they had enjoyed each others’ company: perhaps he had felt some jealousy as they spent time together.

To such a crescendo of fury did he build over their ‘perceived’ lack of care and understanding, and of ‘right-mindedness’ (a favourite and frequently used phrase) that for Jac things went from bad to hardly bearable.

One of her sons had written a message in the book of condolences, trying to find the right words, which so infuriated and incensed Jim Perrin that he never from that day forgave him. Neither Jac nor her sisters, nor indeed others who were shown it could quite understand the extravagant rage which this entry provoked. It was certainly not a ‘run of the mill’ platitude, nor a clichéd comment of sympathy; he had thought about it carefully and had tried most sincerely to write as one young man to another who was no longer there.

In a worked-up temper — and he is prone to hysteria in an argument — Jim Perrin repeated this comment incorrectly in yet another vehement conversation (or rather diatribe) when he was castigating her sons and her loyalty to them. Denying that the words which he quoted were correct our sister went across to the caravan to find the book: leaving it open at the relevant page she placed a book-mark to prove his error and she left. Overwhelmed by Jim Perrin’s ever-increasing harrying she felt the need for seclusion, and wishing to avoid endless further confrontation and without at that point telling him of her intention — she quietly went away.

Jac withdrew from a situation which by now was becoming ever harder for her to endure. She stayed away for three days, in a little hotel in Betws y Coed; a place she had always loved and had visited many times — close to a waterfall of renowned beauty: the magical ‘Swallow Falls’. She did let him know through a third party that she was safe but not wishing to see him she refused to let him know where she was. This of course added to his outrage; his feelings of impotence. He failed entirely to understand Jac’s own needs, showing no empathy and he later, in a letter to her, said of this time: ‘…WHEN YOU WALKED OUT ON ME.’  (Our capitals.)

She was quite appalled by Jim Perrin’s inexcusable attitude to her sons and, although their relationship was as yet relatively short, already had discovered other elements of his personality that she deplored. Added to which recently learning to her grief that he had fathered a child shortly before they had met — a baby whose existence he had kept secret from her. It was only after he had been exposed that he confessed this: clearly he had no intention of doing so otherwise…  Now, with her cancer, she faced the battle of her life and the last thing she should be experiencing was the continuing hurt and distress caused by this man: her need was to be peaceful, and to regain as much equanimity as was possible in her present circumstances.

After her brief interlude for reflection in Betwys y Coed, and as there was little else she could practically do at that stage, Jac returned to her home. Here she was met with Jim Perrin’s rage that she had had the temerity to leave without his knowledge or sanction — doubtless, had he known, he would have found some means of preventing her — as well as his outright refusal to believe she had been staying in a local hotel nearby, (his perrinoia going into over-drive), and it was only after seeing the irrefutable evidence of the credit card statement he was obliged to accept that what our sister had told him was the truth…

*   The book about Don Whillans apparently was nearly twenty years in gestation. It has been said that the reason for the long delay was that Jim Perrin waited until Don Whillans’ wife Audrey had also died before he published her husband’s biography: whilst claiming she had given him carte blanche, ‘warts and all’, yet there was much content which could have been questioned and even denied, according to many who also knew the climber personally… Jim Perrin, unchallenged, had the field to himself. 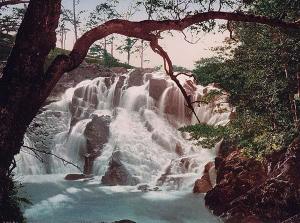