We have previously put this comment on To Hatch a Crow, and we repeat it here with printouts from Jim Perrin’s family tree. As his mother, from our research, would appear to be alive, we are not of course including her although we do have all her recent details. (Later note: Jim Perrin’s mother has died since this post was written.)

We are showing his family tree so that should anyone doubt the truth of what we have written — that Jim Perrin is NOT Welsh — they may read the evidence for themselves. Apart from the ‘quotes’ already given in previous posts, the following is a part-transcript of an interview with Colin MacKay on BBC Radio Scotland. (29/08/2010.)

Colin MacKay asks:  ‘Wales: it always seems that one of your most important relationships has been with Wales itself — why is that?’

Jim Perrin replies (quiet voice, expositional tone): ‘It’s my Welsh blood: for a start my grandparents were all of Welsh blood and they were all Denbighshire Welsh.’

It can be seen that Jim Perrin lied. He is NOT Welsh and his grandparents were NOT ‘all of Welsh blood’… or ‘Denbighshire Welsh’. (However it surely cannot be doubted that over the years his ‘story’ has stood him in good stead with all those in the Welsh literary community who have supported his career; and paid him so very handsomely… ) 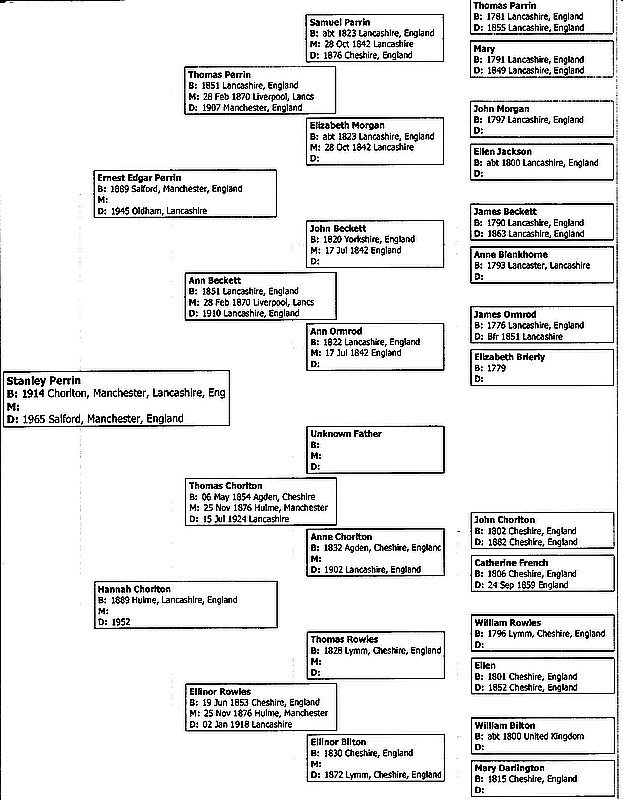 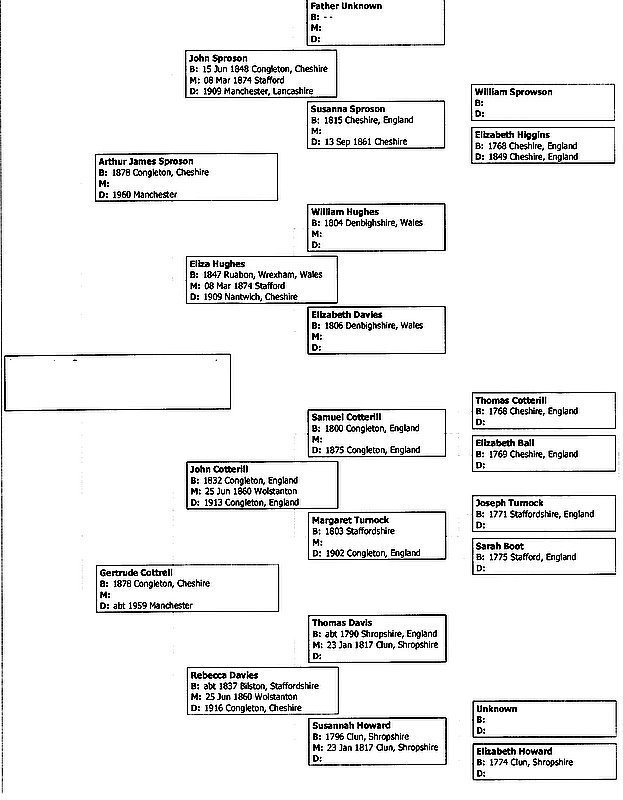