Christmas passed quietly enough and then, as they had been prevented by Jim Perrin from being there for the day itself, Jac’s youngest son came home with his girlfriend; a last visit before they left for a trip to South America — (Jac had convinced them not to change their travel plans so sure was she of her own recovery.)

Again the atmosphere became tense, as this son — even by his very presence — seemed to inflame Jim Perrin. He, still brooding about the ‘damage to his property’ and determined not to let the matter rest (despite having ‘shaken hands’ before Christmas) had no concern for our sister’s feelings or consideration for her illness and ensuing fragility. Instead, he sought the first opportunity to reignite the issue and by continuing to accuse her son increased the already existing tension within the household.

Maddened by the many imagined ‘wrongs’ done to him by this son, and so overcome with the irrational anger which had been building in him for some months, Jim Perrin went so far as to physically assault him… looking back it seems to us it was almost an inevitability, to such a pitch had he orchestrated his violence…

He leapt at our nephew, pinning him by the throat against the wall. There was no excuse for it — indeed there could have been none. A form of hysteria was seen to have overtaken him and he resisted control; all self-control was lost.

It is entirely to this young man’s credit that he offered absolutely no force in return and did not retaliate despite his youth and his strength.

Our sister was frantic and pleaded with Jim Perrin to stop; her daughter tried in vain to prevent him — she literally thrust herself between them in her effort to stop him, and her brother’s girlfriend who on hearing the commotion had come into the room also tried her utmost to calm things down. Eventually the chaos subsided although understandably our poor sister was devastated and quite beside herself with shock and fear, as well as with complete disbelief that Jim Perrin should so violently have attacked her son.

It was an exceptionally serious matter and all for no good reason: that was the mystery of it all…

Photographs were taken of the subsequent bruising around our nephew’s throat and jaw and in the morning he went to the police station to report Jim Perrin’s assault. But while the incident was logged he decided after all not to press charges, wishing to cause his mother no further distress — although it was certainly indicated by the police that there were sufficient grounds and he was advised he could do so. He returned to the house and a truce was called; a semblance of peace was somehow restored… Shortly after this dreadful episode he and his girlfriend left for Argentina.

Unbelievably that was still not the end of it. After the assault (and after the ‘truce’) and he had left for South America, Jim Perrin’s sheer hatred of Jac’s son continued unabated and as deeply-rooted. A photograph which she had stuck to the fridge door — a record of a holiday before Jim Perrin had moved in and so disturbed the harmony — was defaced by him.

It was of Jac and her children with their arms intertwined, and in which they were so obviously happy together. Taken on a beach in Spain at that magical time of sunset it was a tranquil moment and a lovely memory. Jim Perrin however was jealous of the physical connection between them in the photograph and angered to the point of vandalism he took a felt-tip pen and blacked out completely the face of the son whom he had come so vehemently to detest: and the comments which he made at the time were so vile, so sexual in nature and indecent we are quite unable to repeat them.

To relate this brings back with great clarity the events of five years ago.  Did it really happen? — was it normal behaviour we ask ourselves now as we did then. Yes, it did happen, as did many other equally bizarre incidents, and no, it is quite impossible to accept it to have been the behaviour of a well-balanced person. In fact we strongly believe, based on so many events of which we have the evidence, that Jim Perrin is not a balanced individual. We think he is a disturbed and irrational man and further more we consider he shows sociopathic tendencies: others who have known him for years and have perhaps seen only his public persona, being unaware of all the details we have disclosed in our posts probably feel ‘they know better’ — after all, one of his traits is to keep his relationships in separate ‘compartments’ — but we have experienced his behaviour, as have very many who have contacted us.

Anyone reading our posts, and believing the information we have posted, will realise there is a great deal more to Jim Perrin than otherwise might have been thought… And we should add here, for the sake of clarity, that we have invented none of the events or details we have shared on our site: it would certainly be unethical — we stated from the outset that ‘we would tell only the truth’ — and would be unwise bearing in mind any legal considerations. (On which subject our lawyer has told us that ‘Truth is an absolute defence.’) 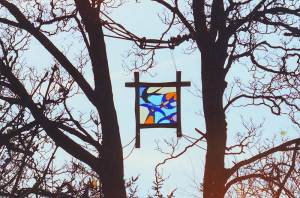