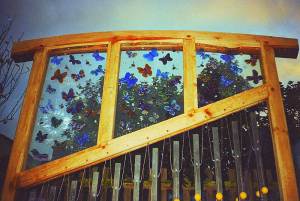 Is there simply no end to Jim Perrin’s propensity for writing (to our certain knowledge) complete and utter lies? Always he writes of himself most generously — to put himself in a ‘good light’ — and it is his hateful modus operandi to denigrate, in his idiosyncratic and accusatory style, those of whom he is jealous. It is in this way that he describes our sister’s funeral: he is not only unkind but, patently, foolish.

Page 272.   Jac’s funeral eventually held at Bangor crematorium, was delayed by almost a fortnight so that a party could be organised.

Our sister died in the afternoon of Wednesday, May 11th. 2005. The inevitable factors involved in the delay, as Jim Perrin implied with a rancour scarcely concealed, were:

1)    The requirement for a post mortem.
2)    The proximity to the weekend.
3)    There were no Sunday services at the crematorium.
4)    Jac’s ‘Suffolk’ sister had to fly back from America for the funeral.
5)    One of Jac’s sons had to fly home from Argentina.
6)    He, with his brother and sister, needed to arrange their mother’s funeral ceremony.

Her funeral took place on the next, following, Saturday: it was not a party as Jim Perrin so nastily writes and the time scale was perfectly in keeping in view of the details above.  His words, as so often, are exaggerated and quite deliberately chosen to imply criticism and to lead his readers to criticize also.

Page 272.   I waited out the time at the caravan — debating whether to torch it as I left, in the Gypsy style of which Jac would have approved, and only decided against it because of the damage it would do to the Larch trees alongside.

Our sister would never have approved any such a thing — how dare he ascribe to her this notion — it is nothing more than his own sentimentalising nonsense.

Page 285.   In Jac’s death she had been re-appropriated by her family, her ashes scattered and dispersed out on the waves in a place that, if it had any meaning in her history  [and which of course it did, ref. our post Jac’s funeral] had little in the one we had shared.

He continues:  …no-one had seemed to weep for her; the funeral at Bangor focused elsewhere than on her, sightseers came up and photographed her coffin with their mobile ‘phones; the sense of the essentially-uncaring and the inappropriate was all-pervading.

‘Re-appropriated by her family.’! Her children were quite properly the three who planned her funeral.

It was most appropriate that they who had held the closest place in Jac’s heart and were her nearest relatives should have done so. When we remember how Jim Perrin treated their mother and, no less, how they had been treated by him it is completely understandable that they should have wished to do this for her: they arranged the most perfect ceremony and they chose the place for her ashes with great sensitivity as we have  explained in our previous post. Jim Perrin, again, lied outright when he described it so dismissively as ‘a place that, if it had meaning in her history had little in the one we shared.’  He gives himself the lie when he writes elsewhere in the book — in his ‘lyrically-lovely’ mode (our designation of his ‘style’…)  of his time with our sister on that very beach.

Page 16.   Later the same day, walking the beach at Porth Oer, stretched prisms before the crystal waves gave us gleaming, transfigured patterns in the sand under ultramarine water, momentarily, repeatedly. He makes further reference to this particular beach and the experience they had shared there, on Page 175.

He chose, although of course invited, not to go to the leave-taking ceremony on that beach and perhaps we cannot blame him for it.

In our opinion, he is quite clearly deluded. (Except, and not to mince our words, we really believe Jim Perrin lies. Lies for effect: lies endlessly and imaginatively. But then, as was once said of him by a ‘friend’, writers will write.) And in fact should any member of any family wish to photograph the coffin of their loved one Jac’s sisters, unlike Jim Perrin, would feel no cause for censure: it is a profoundly personal choice.

However, and for the record, not one member of our family, nor our close friends nor anyone else that we saw took photographs of Jac’s coffin.

Jim Perrin’s statement: ‘sight-seers’ etc. is written, as must be quite apparent to any reader, in a spirit of malice and we believe is of a piece with his obviously determined intention to disparage Jac’s family.

Page 286.    …that opens the curtains and slides the coffin from sight. No one was left in the chapel to watch it go.

Most of our family were there, in the chapel, and one of Jac’s nieces remembers quite particularly that the balloons attached to her coffin had to be gently patted down as it went through the trap doors in the floor — The Trap Doors!

*At Bangor Crematorium THERE ARE NO CURTAINS. A coffin therefore does not slide from sight through them! — as Jim Perrin wrote.

It DESCENDS — on its catafalque — to the committal room beneath: and it was there that Jac’s ‘First love’ went, taking with him her eldest son (they being the family members not in the chapel above). Together they lifted the flowers from her coffin and they were with her to that very last moment. And of course, and contrary to what Jim Perrin wrote, very many of her family, her loved ones and her friends were in tears as they said goodbye to her.

Jim Perrin’s narcissistic nature is evident throughout his whole twisted account of our sister’s funeral service and we believe that the following sentence entirely sums up the extent of his extraordinary self-delusion:

The funeral at Bangor focused elsewhere than on her…

None of the disrespectful things described by Jim Perrin took place. And of course there were flowers and tears. How could he possibly have thought that her family would tolerate his fictional account of Jac’s funeral, or that they would allow the vile and distasteful lies in his self-serving book to remain unchallenged…

When our sister was alive we witnessed how Jim Perrin badgered her almost to distraction with his controlling ways, his pseudo-psychology and his astonishing egotism: in her death, it would seem, there are no depths to which he will not sink in order to capitalise on her life.

*  Memory can play tricks and if through our haze of grief we had misremembered (although we were quite certain it was not so) we telephoned Bangor to double-check. It was confirmed; our own recollection of our sister’s ceremony was exact: there are NO CURTAINS at their crematorium, neither does a coffin ‘slide’ through them — as we said, it DESCENDS, through trap doors, on its catafalque. Jim Perrin well knows (many of his climbing acquaintances and sadly his own son were cremated there) his description was a flight of literary fancy — ‘artistic licence’ — and was yet another example of how willing he always is to distort facts to suit his own purposes; even as in this case of a most sacred event.