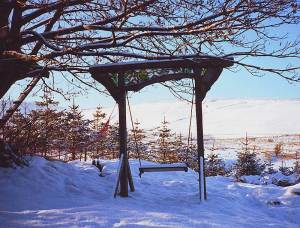 An article published in The Observer in July 2005 so disturbed us, knowing that it was not the truthful account it purported to be, that we wrote to the paper, ref. Introduction ; and as it did not then occur to us to use the internet we took the editor’s refusal to print our rebuttal as final. (He was Roger Alton who although we did not know it at the time was a good friend of Jim Perrin.) We felt that we had no option but to let the matter rest, and philosophically we resigned ourselves.

Five years passed and we then read another article which was published in The Times. They were both written by the author, Jim Perrin.

We considered a simple statement to the effect that our sister, Jac, was not married to him, but before we had sent it we read a review in The Guardian by Sir Andrew Motion, 24/07/2010, and then another by Stevie Davies in The Independent, 11/08/2010.

These reviews, and others — as well as interviews both written and in person and an appearance in Caernarfon on 25/07/2010, were all part of the fanfare announcing the publication of his book West. We had no doubt that the same lies and extravagant claims, as we knew them to be, were being written by him as in 2005.

Why are we so intent on denying that he was married to our sister?

To put the last, first.  We know that Jac had become disillusioned and deeply unhappy, and that she intended to end the relationship.  Jim Perrin was not unaware of their difficulties and indeed he had written to her on the subject more than once.

Therefore for him to write as he does, after she died, is in our opinion cynical, indelicate and opportunistic.

He makes much, as the main premise of this book, of their ‘long’ relationship, ‘Since Jacquetta — my lover, wife, and friend of forty years — and I came together…’  Ref. page 14 of West.  This is a statement which is as blatant an implication as it is a complete fabrication…

By writing of her as he does, when he certainly knew that their relationship was becoming untenable he shows to a marked degree his egotism and his willingness to subvert the truth. He had written to her, that he might go and he actually told her and one of her sisters that he would go, if ‘those boys came home’ — this was when he was trying to prevent Jac from having her family there for Christmas, 2004. (Which it is shameful that he succeeded in doing…)

He compromises our sister’s memory by using her in this way, and knowing the whole story, we are determined to correct the impression that he so disingenuously gives of his — short — time with her.

Moving forward: we noted that a ‘Melangell’ was active on The Guardian comments thread and that ‘she’ had posted a correction denying Sir Andrew Motion’s point that our sister was Jim Perrin’s partner. ‘Andrew [sic] makes factual errors (Perrin’s wife — not partner… ‘)’ Ref. Sir Andrew Motion’s review, 24/07/2010. This is interesting because a). It showed a discourteous, personal form of address, and b). It was a double bluff;  we knew that Jim Perrin was responsible, there could be no doubt, for the ‘Melangell’ entries and he knew of course that Jac was not his wife.

After reading these fatuous ‘Melangell’ (JP?) exchanges we decided to post a comment ourselves — our very first, and as we were a  close family who had witnessed first-hand the things we described, our response was forceful. We can quite see that Jim Perrin would not wish our comment to remain; after all it was an outright denial of all he had claimed! It was deleted — twice.This is what we said:

‘Andrew Motion is correct when he described our sister, Jacquetta (Jac) as Jim Perrin’s ‘partner’. Eleri Llwyd is misinformed. [This name was a temporary red herring, never used again.]  We now record the facts as we know them. Our sister was not legally married to Jim Perrin: she had no intention of becoming so and latterly was taking steps to end the relationship in which, she told us, he had shown his true colours as manipulative, controlling, egotistical and violent. In view of this any mystical agreement she might have made at the beginning of their short time together was completely negated. She said she would never be Jim Perrin’s wife, either legally or common-law.’

Jim Perrin could not have been happy with our truthful account… as we said earlier, it was twice deleted.

We had understood that the internet was a forum for free speech and we had discovered that it was not necessarily so. 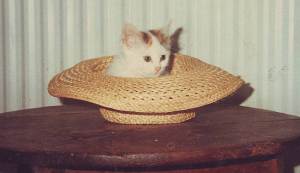