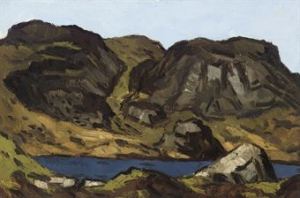 We learnt only recently that Jim Perrin had written as his first chapter in The Climbing Essays an account of his ‘early’ relationship with our sister Jac. We know beyond doubt that this is a most exaggerated and heavily fictivised record and so much of what he has stated we have proved to be completely untrue. If only we had been aware this book was being considered before it was published, we could have taken steps earlier to expose the lies which we have shown him to have written about our sister in his introductory ‘first chapter’. If we had been able to alert the publishers to our legitimate concerns we feel sure they would not have allowed their lying author the leeway they did…

As he was unchallenged Jim Perrin ‘got away’ with his lies the first time, and he later transposed virtually the entire chapter into West but revealingly, in the chronological gap of time between the two versions, he altered his ‘story’ considerably.

We have said in the course of our posts that we believe, absolutely, Jim Perrin to be a liar and a fantasist, and when the second account is compared with the first we are able to show exactly how he has ’embellished’ it.

First may we remind readers of our site that Jac was very young when Jim Perrin first met her — as he relates in both accounts she was seventeen years old. The important point here is that our sister was very deeply in love with her first partner at this time. Theirs was an intensely spiritual and romantic, and closely united physical relationship. She was in her teens and this is a time of great altruism when one is first in love. They were entirely committed to each other and were seldom apart.

There was no way at all that our sister would have been ‘involved’ with Jim Perrin at that time other than as an acquaintance; he was simply one of those who climbed in Wales, as did her partner, Jac’s ‘first love’. However, Jim Perrin was exceptionally jealous of him, then and to this day, and it is apparent in West that he is ever ready to malign whose whom he sees as competitors…

He wrote in West p.74, of our sister’s adored partner: ‘She was with her boyfriend OF THE TIME, a medical student in Liverpool whom I VAGUELY knew through climbing and I thought RATHER INEPT and something of a SHOW OFF and a BORE.’ The capitals are ours but the distasteful way in which Jim Perrin wrote of this man —  ‘unnamed but clearly identifiable’  (Robinson v  Gaskell) — to all who know him, clearly reveals the author’s vindictive ‘style’ — and his nature.

But our sister’s partner who is a lovely man and still a family friend, was not so ‘inept’! He climbed K2 and Everest — was a doctor in the teams — did Jim Perrin climb so high? Or, despite his reputation (he was known as ‘JIM DOG’ by that climbing fraternity in Wales) did he use his skills so positively for others. We refer here to the site for the Welfare of the Sherpas which Jac’s partner initiated. (www.ippg.net). No: he whom Jim Perrin so disparaged, is in every way an estimable human being and not in the least ‘inept’. He is now a practising G.P, a happy family man, with strong Buddhist conviction and, in his spare time, an expert mariner who with his wife, navigates the oceans.

It is Jim Perrin’s decades-long hatred of him that is palpable and his insulting remarks were surely meant to damage his reputation, but the love which was shared between Jac and ‘her first love’ throughout their lives together, when they were apart, and in her dying days was such that Jim Perrin could only begin to imagine, so egotistical and controlling was his kind of love (details of which we have shown in many of our posts here).

Oh, slippery Jim Perrin. He is in our opinion a most prolific LIAR: he gets away with this form of subterfuge time after time because no one is willing to stand up to him;  to challenge him with the truth.

Our sister is no longer here, she died of her cancer six years ago, and Jim Perrin, we believe, says and writes of her whatever his fertile ‘imagination’ can conjure. He ‘dines out’ on her memory. She has become ‘source material’ and it is iniquitous that he, in our opinion a hollow man, should write of her as he did. And of course, and most telling, if there had been a ‘kiss’ he would have written of it first in The Climbing Essays would he not?

So we have shown how he ‘works’.  A)  He starts with an idea — wishful thinking in this case no doubt and, unchallenged, he gains in nerve and ‘develops’ it.  B)  By the use of insinuating remarks and, we have proved, downright lies, he egregiously insults people, either on a personal level or professionally: his tendency to lash out at any perceived rival in his ascent of the greasy pole is very frequently apparent, not just in his books, but in reviews which he has written (we think, some of his own work and using aliases).

Another example of his modus operandi which could be considered even worse — insofar as our sister can no longer be hurt by him — is a public attack which was noted in Wales last year. This was brought to the attention of Jac’s ‘Welsh’ sister:

Jim Perrin was to give a lecture on October 16th, 2010. No longer resident in Wales — he is, we believe, a fugitive in the French Pyrénées. (Possibly because, we have learned, the CSA are rather keen to find him; there are children for whom he is not, apparently, adequately providing). So, he returned to Wales to deliver his lecture on the naturalist, the late ‘Bill’ Condry: a long-time contributor to the Guardian with his ‘Nature Diary’, and into whose shoes Jim Perrin in due course propitiously stepped.

He constructed the lecture though, by incorporating details of a recent publication, as an opportunity to criticise fellow writer, Jason Cowley, the editor at that time of Granta; and as with our sister’s partner whom he so disdainfully described in West — in the case of his lecture on Bill Condry he included carefully chosen words to express his scorn of his ‘target’.  Members of the audience felt distinctly uncomfortable: the diatribe was specific and venomous, and it was certainly inappropriate. Clearly he must have had an agenda?

He began by quoting from Jason Cowley’s editor’s letter in Granta 201: ‘When I used to think of nature writing, or indeed the nature writer…’  The clue is in the words ‘used to think’; past tense.  Jim Perrin selectively edited the text — he used only the first two sentences, and these ‘he scissored out’, and presented to the audience with much showmanship.

The sentences dealt with stereotyping, and what Jim Perrin did not say (which of course he certainly knew) was that the writer was using them only as a literary device by which he would later reinforce his main theme. The words ‘used to think’ being an indication of the forthcoming change of thought, and indeed the article which followed was excellent. But Jim Perrin went on to vilify him in what seemed an attempt to harm his professional standing. It was Machiavellian and unless the audience had read the text in full they could have been left with the idea which Jim Perrin obviously intended to plant, that this ‘rival’s’ work was of less value than his own. His use of a  public arena in which to ‘ambush’ Jason Cowley in that premeditated way was, we feel, a window into his mind.

Yes, professional jealousy could be the motive in this case but personal or professional it seems to us that Jim Perrin has developed over the years not only this particular writing style with a great sense of his own worth but an increasing tendency to denigrate others whom he considers as ‘the competition’.  He has used many means, some which we have explored in our posts, and which vary from blatant accusations to subtle and even secretive measures. We have even exposed him as an ‘anonymous’ letter writer and in view of that proclivity we have asked ourselves if others could have been written by him. It is a sobering thought.

And on a personal note we have shown how he has misrepresented his time with our sister by constantly shifting his ‘memories’ about, not just the one example described earlier but many, many more. One despicable claim he made — that he was with our sister when she died — shows how he is quite prepared to lie, without so much as a twinge of conscience, about such a profoundly sensitive issue…  We believe Jim Perrin to be a shameless and thoroughly dishonest man.

*  We have now been told, by three different ‘well-wishers’, the reason for Jim Perrin’s disgraceful public attack on Jason Cowley, and it is a most revealing explanation.  Included in the edition of Granta referred to above was an article mentioning those influential authors who could be described as the ‘New Nature Writers’ and who each had contributed an essay — as it were, la crème de la crème.  To Jim Perrin’s mortification, and eternal chagrin he had not been invited to the party…