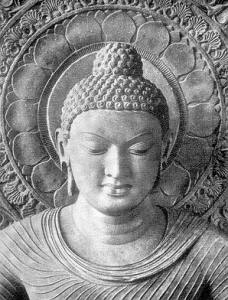 We have been asked how we know that Jim Perrin does not have terminal lung cancer: might we suggest that it is he who should be questioned. Considering that we have put on record we do not believe what he says, he seems to be uncharacteristically silent. (This entry is being posted on the eleventh of May, 2011 — he claimed in a newspaper article, promoting his book, that his diagnosis was in July, 2007.*)

He wrote in West that he became ill and that his friends tried to persuade him to consult a doctor, but his words, on re-reading this section, appear to us to be exceptionally ambiguous.

Did he actually have a succession of tests and examinations?  Or indeed the invasive procedures: bronchoscopies; laryngoscopies; as well as biopsies? (Well, no. Apparently he ‘elected’ not to.)  And did he have the worry of varying provisional diagnoses as he described, before being given by a lady doctor with ‘a low-cut blouse and an extravagant cleavage’ a view ‘firmly expressed’; a ‘verdict’, that it was cancer? (We think the ‘extravagant cleavage’ is another flight of sexual fancy. Would any ‘lady doctor’ dress so unprofessionally?)

A diagnosis of which: ‘Upper lobe carcinoma, metastases in both lungs’, must, if true, have been completely terrifying and, he tells his readers, that he refused pneumonectomy, chemotherapy and radiotherapy. He is such a stoic… (This is all explained on pages 301 and 302.)  And yet can we believe that any doctor worth his salt ‘the connivance of a wise old chest physician on the brink of retirement’ would make this comment after such a diagnosis: ‘Those boys at the hospital are a bit knife-happy…  I wouldn’t have thought much harm would be done if we just wait and see for a while’? It is our opinion that this all sounds very unlikely.

Certainly the proposed treatment sounds horrendous, so Jim Perrin went — he says for the good of his health — to the French Pyrénées (although we gave an account of this journey in our post Pillaging) and, he wrote, that he ‘needed to escape the ravening hordes of the well-meaning.’ (Page 203: his friends!)

He tells his readers on page 149, ‘Even as I write this, the somatic illness which has all but crippled me these last two years and been read by the medical profession as terminal cancer clamps my chest so that every breath comes panting and laboured and my head spins in anoxic blankness. My fingers are numb on the keyboard, medical supposition being that the diagnosed carcinoma my body has created is causing pressure on the neural pathways.’ (Our italics throughout). This certainly sounds dire: and melodramatic. He goes on to say ‘Certainly I was becoming more and more ill but that illness at a level deeply subconscious was of my own creation.’ (We do not believe him. Had he been given, genuinely, the diagnosis he describes, and rejected any treatment, it is virtually certain that by now the illness would have proved fatal: and how can he claim knowledge of his ‘deep subconscious’? Surely this is another clue as to Jim Perrin’s deceit.)

And then in an article in The Sunday Times, 13/07/2010, writing of the concept of his book:  ‘It led to the third and most straightforward of a triad of catastrophes — my own diagnosis with terminal cancer. Treatments were suggested but I brusquely walked away from them. Now with a slim and dwindling grant of remaining years’.  (Oh, it is all so very sad… )

Sir Andrew Motion wrote in a review, The Guardian, 24/07/2010, ‘Perrin more obviously becomes his own subject: because he too is diagnosed with cancer, and given a short time to live.  Although — he would say because — he has refused conventional medicine, that short time has turned out to be long enough to complete this book…  and that everything we’ve been reading has been recalled with one more layer of deathliness over it than we thought.’

Jan Morris wrote in IWA’S ‘Agenda’, in her review of West,   ‘…of that dreaded moment of diagnosis…  and he himself was diagnosed with terminal cancer’.

Shortly the comments began: there were many and we, Jac’s sisters, then believing as did others, posted one in which we too mentioned our sympathy; and there were positive references to Jim Perrin’s cancer made by, amongst others, ‘Melangell’, ‘My Sweet Waterfall’, ‘Mark’ and ‘Liz’. Now we are certain that with the exception of ‘Mark’ those names were ‘plants’;  aliases used by Jim Perrin to keep the story of ‘his cancer’ feasible: and we are particularly grateful to Mark Charlton, who after reading our posts (and the truth), has now removed from Amazon his flattering review of West…

‘Melangell’s four comments were posted on The Guardian; ‘That’s the way!  Jump in and give him a kicking while he is down…’  ‘Maybe remember too — as Andrew [sic] did — that what you’re witnessing here is a man trying to come to terms with his own terminal diagnosis with cancer.’  ‘For someone approaching death to still be preoccupied with what gives life… is pretty extraordinary and commendable.’ (This was a reference to a distasteful and gratuitously sexual passage in West. It seemed the commentator — Jim Perrin? — was keen to draw further attention to his own unwholesome words.) ‘Not even the fact that HE IS TOO ILL NOW TO DEFEND HIMSELF, apparently. [Our capitals.] I cannot think of anything lower than to attack a man at such a time and in such a way.’

‘My Sweet Waterfall’ wrote to a reviewer on To Hatch a Crow: ‘And now you’ve got terminal cancer yourself?  That’s the place Jim’s in.’
And ‘Liz’, on the same site, wrote ‘…how do you think that might make him feel in his last illness?’

In an interview  with Colin MacKay for BBC Radio Scotland on 29/08/2010 Jim Perrin was asked:
C.M.   ‘There is one last chapter to this story and that is that you yourself have been diagnosed with cancer — terminal lung cancer — how are you at the moment?’
J.P.     ‘Well I’m still here and I can still gasp out a few words and I’m not remotely miserable or oppressed by it and I’m still enjoying life as best I can and will continue to do so and to put one foot in front of another as long as I’m capable of doing so, and as to the doctors and all the — you know, the iatrogenic megalomania of their pronouncements which I don’t give undue regard to — I don’t necessarily even believe them and I hope there’s not an element of denial in my saying that; I’m still here now.  I’m here today, I’ll be here tomorrow so where’s the problem?’

The above is an unedited transcript of the relevant portion of the interview ‘A Life in Question.’

Readers of our posts will be familiar by now with the name ‘Melangell’.  We have explained that it is our absolute belief that Jim Perrin has used this name as an alias, ref. A Question of Identity and  False Colours.   We are quite sure in our own minds that these comments by ‘Melangell’ were all ‘plants’.

The genuine authors believed what they had read to be the truth and reviewed West accordingly, and on Scottish radio Colin MacKay himself clearly thought he was interviewing a dying man. Certainly, if Jim Perrin does have terminal lung cancer he is handling himself most bravely…

Initially we believed that he had, ref. our comment on To Hatch a Crow, 16/09/2010,  (with sympathy) — but little by little we began to suspect that in fact it was all a ‘Jim Perrin production’. Recently we have learned from a source whom we know to be scrupulous that it is not true, and we have said so elsewhere.  There has been no response.  Jim Perrin has chosen not to verify or deny, either in person or via an alias, what we have said.  In his introduction to West Jon Gower another ‘believer’ wrote: ‘This may be his last book, a testament therefore’. So very many people have been taken in by Jim Perrin, and this particular lie…

In 2004 our sister Jac was diagnosed with the cancer from which she died nine months later; and today, the 11th May, is the sixth anniversary of her death.  We feel sure that there cannot be a family in the land untouched by this disease and we know just how serious — how devastating — it can be.  Jim Perrin wrote in that Times article, 13/07/2010,  ‘Post script:  My cancer — not worth mentioning in my view — carries a one chance in ten of survival beyond five years.  In November I’ll be three years in.’

As we mentioned before, his writing of his cancer could be thought ambiguous.  Maybe he really is a cancer patient in remission? or possibly, in due course, it could be said that he was misdiagnosed.  We very much hope that he has been ‘manipulating the truth’ (which is what we believe), as we would not wish upon him the distress which was suffered by our sister during her terminal illness.  Cancer is not to be made light of.

However Jim Perrin has certainly covered many miles, up hill and down dale, in his ramblings for The Guardian Nature Diary and has given readings and attended events a-plenty since his ‘dread diagnosis’.  He is clearly quite well at the moment as he is scheduled to appear at the Hay Festival to discuss the very book which we so deplore, and which, in our opinion, is blatantly egotistical, fanciful and in many parts, so far as it concerns our sister, proved to be untrue.

*  NB. 19/09/2019. Jim Perrin indicated that he had specifically been diagnosed with this particular cancer in 2007. Although he assured everyone at every opportunity his prognosis had been given as terminal yet now, over twelve years later, he has not succumbed!  He gave the most detailed and graphic descriptions of his symptoms and of his on-going state of health, and was, he said, refusing any medical intervention or treatment of any kind…  In this context the contents of the post which is linked here are most revealing:  Notes concerning lung cancer, with reference to Jim Perrin’s claim to have the disease.