One has only to read so far as page 6 of West to come upon these virulent words. We quote them in full for those who have not read Jim Perrin’s book:

‘There was nothing to detain me in the caravan by the stream where she and I had mostly lived for the last eighteen months.* To continue there was clearly going to become increasingly difficult and inconvenient as well as painful, for pathological savagery circles after a death, breeding in families, seeking a focus and seeking a target, the guilt of those who neglected and exploited and abused fixing invariably post mortem on those who cared for and provided.

Autonomous human love is always a threat to those whose claims on affection are based not on right behaviour but through propinquity. In the aftermath of a death, the close and caring bereaved are often made homeless, their joint belongings pillaged, whilst the erstwhile-negligent blood-tied ones are emotionally and materialistically merciless in their reappropriations of the deceased’. END_OF_DOCUMENT_TOKEN_TO_BE_REPLACED 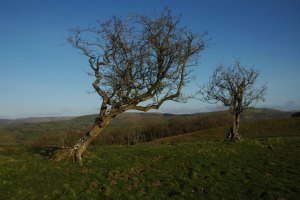 The following comments relate to a thread about Jim Perrin’s ‘West:’  on the Walkhighlands website forum

To ‘kevsbald’ re.  ‘West:’ …
We would like to point out that ‘the book details’ —  where our sister, Jac, is concerned are mostly incorrect. We believe that the way in which Jim Perrin has written of her is abusive and mendacious.

‘icemandan’ writes that ‘Perrin is  increasingly incongruous amidst the gear ads in TGO and increasingly the only reason to read it!  Quite scathing really and we cannot help but wonder how the editor himself, Cameron MacNeish, would feel on reading this; it could also be thought to be ‘biting the hand that feeds’, when we consider how instrumental that gentleman has been, with his help and consistent support, for 24 years, in establishing Jim Perrin’s ‘reputation’ as a writer. ‘Caberfeideh’ says in reply to ‘kevsbald’ — ‘I do, they all die in the end.’ Undoubtedly the real tragedy of this book, as surely as it must be in Jim Perrin’s life, is the suicide of his deeply disturbed and unhappy son. END_OF_DOCUMENT_TOKEN_TO_BE_REPLACED 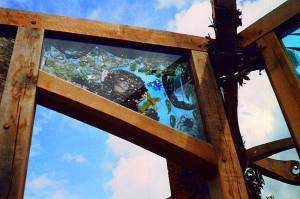 When our sister returned to Wales from her Yorkshire visit she found that one of her cats had disappeared — afterwards it was thought by the family that a fox had taken her, when Jim Perrin described to us the dreadful sounds he had heard some nights before. (As of a cat fight, he said.) This would seem to be confirmed when he later wrote in West of how each evening he fed scraps from his caravan to a fox he had encouraged. Complete madness as Jac’s household had seven cats; eight, including his own — and with a tragic outcome. It is well known that a cat’s most lethal enemy is a fox; a surprising lacuna in Jim Perrin’s self-vaunted knowledge of nature…

While Jac had been away Jim Perrin had made an enormous bonfire, the ashes of which were over three yards in diameter. We will never know with certainty all that he consigned to the flames but the burnt remnants of a carved table leg were evident — this from an antique mahogany pedestal table — and a fine and elaborate Victorian headboard was also missing: they had belonged to our mother and Jac had brought them down to Wales.

As well as these pieces there had been in Jac’s house an old upholstered rocking chair which was a great favourite and much loved by her sons. Where was this chair?

At first when they asked Jim Perrin about it he feigned surprise, equivocated and denied any knowledge of its whereabouts. However, when they persisted he put forward spurious suggestions that ‘it might have been given away’ — or ‘be in one of the barns’ — ‘almost certainly’ the latter he then said with real conviction, and to back this up made great show of going into the main barn to search for it: and yet despite his best efforts he failed to produce the chair…  END_OF_DOCUMENT_TOKEN_TO_BE_REPLACED